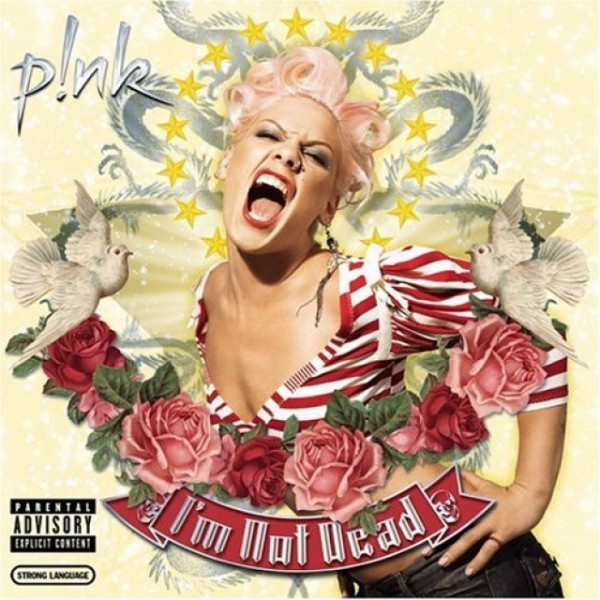 Stupid Girls is the lead single from Pink's 2006 album I'm Not Dead. The song mocks the culture of rewarding girls and women for their appearance more than for any other attribute or skill. It also attacks the commercialism displayed by many women, as well as the attitude that a woman should change her behavior or appearance in order to attract men, and declares that "outcasts and girls with ambition/that's what I want to see".

The video for Stupid Girls was directed by David Meyers. The framework for the video features a young girl watching TV as an angel and demon wrestle over what kind of woman she should grow up to be. The angel shows her scenes highlighting the negative aspects of popular female images, including parodies of many celebrities, and presents her with alternate possibilities, such as a woman winning a football game and a woman president. At the end, the girl turns off the TV, looks at toys representing traditionally feminine play (makeup and dolls) and other ones representing ambition and success in other arenas (a football, computer, books, etc.) and chooses the football.

Notes for Parents: This single is a very pointed attack on media presentation of girls and women. The lyrics do contain some profanity (although radio versions of the single will generally bleep them) as well as references to pornography. That and the aggressive tone of the song makes it most suitable for ages 13 and up. The music video contains a number of scenes that may concern parents, including many revealing wardrobe items, a depiction of women using a toothbrush to help them vomit to stay skinny, an imitation of the start of a sex tape, and a woman lying on a plastic surgery operating table with her body marked for "improvements." That said, all of these scenes are obviously intended as social satire, not as an actual representation of behavior or dress to be imitated.